Why Our Emotions Can Be Overwhelming? Learn the Neuroscience behind Emotions, and 5 Steps to Deal with Them Effectively

We all have been in situations where our emotions have overwhelmed us. We all have done something in the heat of the moment that we regretted later. In such situations, our emotions can affect our ability to think and act rationally. We find ourselves unable to think clearly in such a state, and every passing second feels like an added burden. Why does this happen? What can we do to prevent it?

Since emotions is a topic most people find difficult to talk about with others, it is very common for people to suffer alone in a state of emotional overwhelm. And when it gets too much, we often explode – saying or doing stuff which only makes things worse, and which we end up regretting later on. We all remember the Zidane’s head butt in the 2006 Football World Cup Finals in front of 28 million TV viewers. Zidane’s aggressive reaction got him kicked out of the game, France lost the match and the World Cup, and he later ended regretting up and apologizing for what he did.

So what is it about emotions that can cause such reactions? And if everyone experiences this at some point in their lives, why is there no available literature or material which can be of help in such situations? It was to find an answer to this very question and to understand our brains better that I started a new journey (or exploration) around 2010. This journey has over the decade involved doing multiple trainings, reading hundreds of books, undergoing courses in psychology and neuroscience, and experimenting and trying out what I learned in my own personal life. 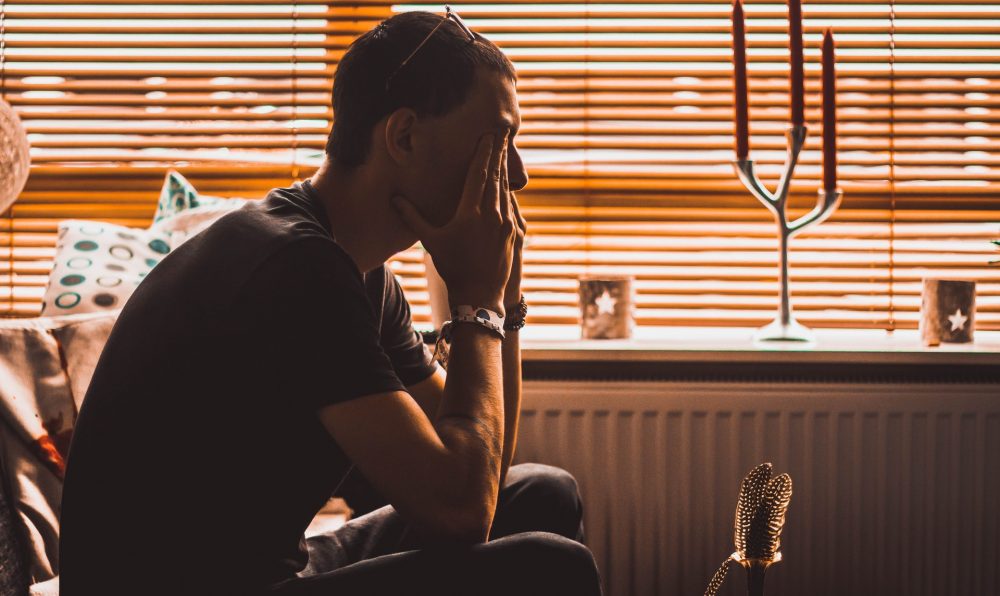 Regret After An Emotional Reaction – We All Have Been There

This article is an attempt to share what I learned about our brains and emotions in simple and easy to understand language, so that the next time any of us feel emotional overwhelm, we know what is happening inside our brain, and how to deal with it better.

The Neuroscience Behind Emotions

The primary function of our brains is to ensure our survival. When it comes to emotions and how we operate on a day to day basis, our brain can be divided mainly into 3 parts. These three parts of the brain are:- 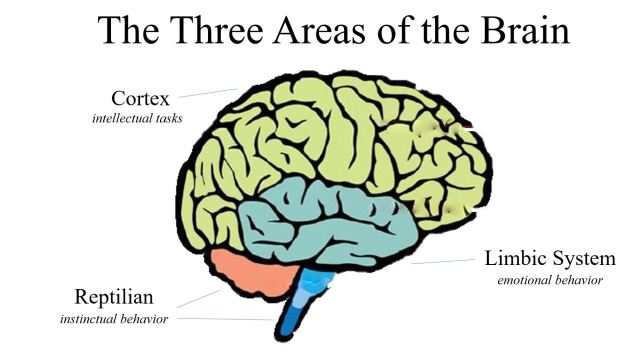 The Three Parts Of The Brain

The Amygdala is the deepest and most critical part of the limbic system. So much of our emotions and behavior are controlled by our amygdala that I am surprised this is not part of our elementary education. It is most commonly known for dealing with fear and triggering what is called the fight or flight response. Research says that when we are emotionally overwhelmed and experience fear (to our physical or psychological safety or to our identity), our amygdala is triggered before our neocortex (the reasoning part of our brain) even knows about it. When this happens, the amygdala decides our behavior (the fight or flight response) and it is called the “Amygdala Hijack”.

This kind of immediate response triggered by the amygdala can be very useful when we see a tiger coming our way in the forest. It is the amygdala which makes us run without thinking rationally about the pros and cons of running. In those moments, you want to immediately react to ensure survival. The amygdala makes sure that happens. However, it is not only physical fear like seeing a snake or a tiger that can trigger our amygdala. Experiencing anxiety and surprise can also trigger our amygdala, even when there is no physical threat to our well being. In the world we live in today, our amygdala is mostly triggered to ensure our psychological safety rather than our physical safety.

Our brains have evolved such that our emotions can provide us with what to do without us having to think about it. During an amygdala hijack, it takes over the brain and we immediately react without consulting the thinking part of the brain. It triggers the release of hormones like adrenaline (epinephrine) and cortisol. This is what happens when we explode in anger, or when we experience physical symptoms of fear like a racing heart, sweating palms, or a shaking body even in situations with no physical threat. This survival mechanism makes us react to things before the rational brain has time to think things over.

This is one of the reasons emotions are good messengers (in the sense that they can tell us a lot) but very bad masters. Our emotions can tell us a lot about what we care about, but if we let them take over, they can short circuit the thinking part of our brain. When that happens, we react rather than respond to the situation, and the resulting action might cause us harm or regret in the future.

Why Do Emotions Hijack our Behaviour and Actions?

Our brain is always in the process of survival. This survival doesn’t necessarily have to be physical in nature, it can also be emotional. For example – We can experience intense emotions (and an amygdala hijack) when our identity gets hurt. It can happen when we hear something about ourselves which we don’t want to hear or discover some truth which was hidden from us for long. When this happens, we feel fear the same way as we would on seeing a tiger.

With fear, a fight or flight response is triggered. This is why people fight and kill each other over football matches. This is why people have very strong arguments and express hate and anger over seemingly trivial matters. In all such instances, the reptilian part of our brain takes over and it tries to do its most important job – to survive. The amygdala cuts off the neocortex, which is what makes the human brain stand apart from other animals.

Needless to say, this kind of living is very effective for surviving, but not so much for thriving in the modern world. It is very difficult to have effective conversations, deal with conflict, and engage emotionally with people around us if we see everything as a threat.

The good news is that an amygdala hijack is temporary. It can feel scary and helpless, but there are ways to deal with it better. We can do so by understanding how our brain works and planning proactively. When we do so, we develop our emotional intelligence and reduce the frequency of our fight and flight responses.

Steps to Deal with an Amygdala Hijack

Whether we manage to deal with an amygdala hijack effectively or not, we can later reflect and use the experience to understand ourselves better. We can recognize and accept our imperfections, and forgive ourselves and others when we need to. This way, we can turn emotions into positive energy and work together for a higher purpose instead of just satisfying our egos. That would be thriving at life instead of just surviving it. 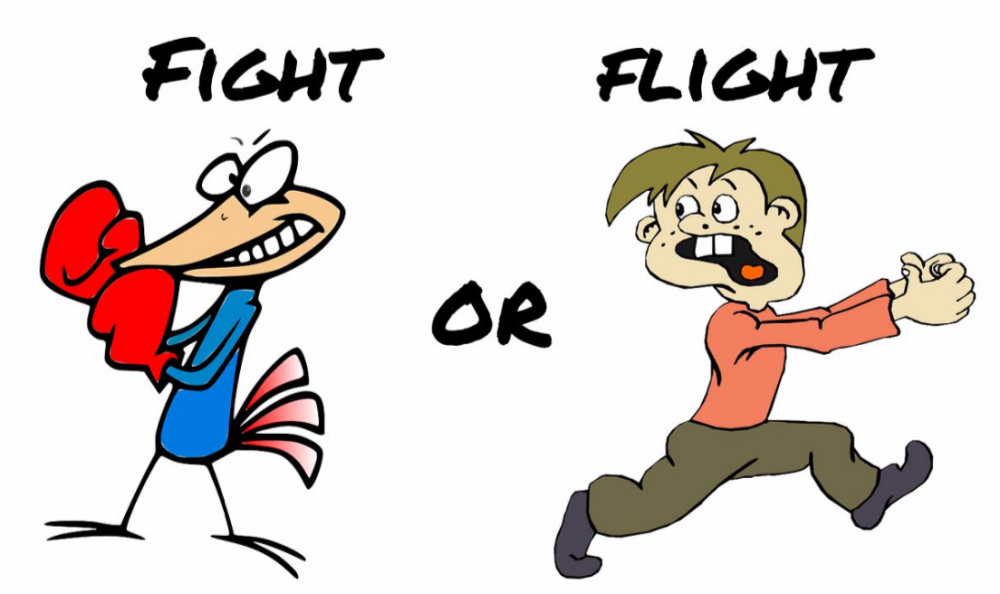 The Fight or Flight Response