Busting The Myth of Individual Performance. A Radical New Equation For Improving Performance At Work

What causes employees to put themselves between a customer and bullets from a terrorist attack?

It is very difficult to imagine anybody valuing their work so much that they put their lives at stake to protect customers. Yet, that is what many employees of the Taj Mahal Palace Hotel in Mumbai did on 26 Nov 2008 when terrorists attacked the hotel with gunfire and grenades. Eleven hotel employees were killed, most while helping approximately 1,500 guests escape from harm. Many repeatedly guided guests to safety before they themselves were shot by the terrorists.

We will come back to this story later, but let’s start with a simple question – Do you want to improve performance?

But what if this is not the truth? What if we are missing a huge component of performance? After researching and reading about the role of neuroscience and psychology in performance and leadership, I want to present a radical new equation for understanding and improving performance at work. 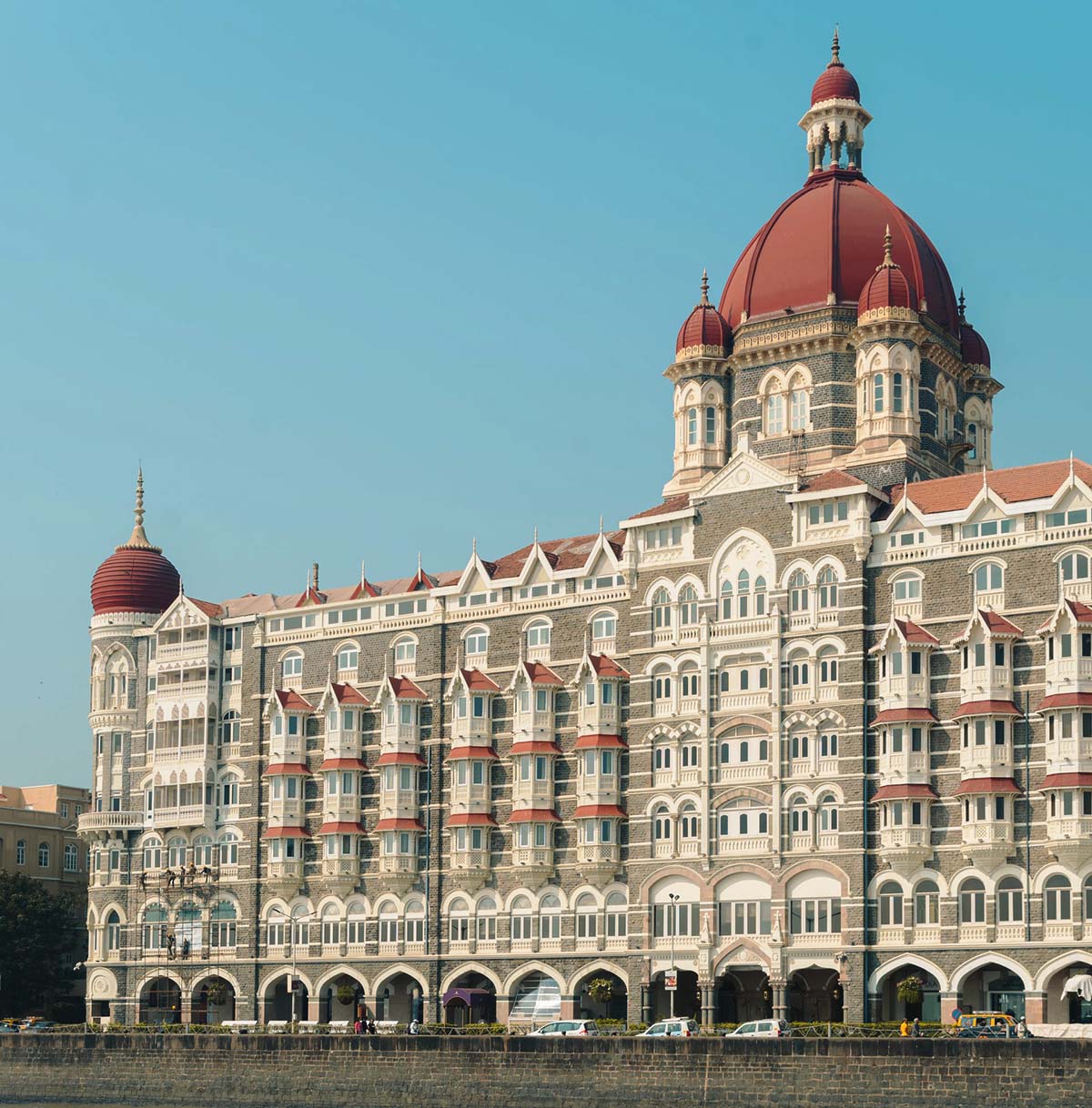 Taj Mahal Hotel, Mumbai, Which Was Attacked By Terrorists in 2008

After 15 years of working professionally across many companies and two continents, today I see ability as an important but incomplete condition for performance. The culture of the company plays a much bigger role in the performance of each individual, and this part gets bigger as the company gets bigger.

For example – In a small startup of 5 people, the performance of an individual will mostly be determined by their ability. If they can work on improving their ability, their performance increases by a similar margin. However, as the company gets bigger, the culture component gets bigger and has a major impact on performance. In a hundred or a thousand-person company, the impact of culture will be huge compared to the impact of the individual’s ability.

If you were wondering what caused the Taj Mahal Hotel’s employees to put themselves in front of bullets, it was the culture the Tata group has managed to form over the 150 odd years of its existence. It was certainly not a part of their job requirement that day, and everybody would have understood if they had cared for their own safety first.

As the hotel’s general manager said, “Every team member at the Taj felt that their house was being attacked. When our house is attacked, what do you do? You defend it and whoever is there inside. The family values that we all believe in are part of our corporate culture in the Tatas… The Tatas truly exhibit that the organization has a soul. I am very very proud that I work for them.”

People don’t perform based on their abilities alone. Any person’s performance is the sum total of their own abilities and effort plus the prevalent culture in the company (and team). A good culture can enhance performance just like bad culture can degrade performance. I have seen this firsthand when working in Yahoo at a difficult phase in the company’s existence. Before Google or Facebook, Yahoo was the king of the internet. But it stumbled and missed many opportunities – first to buy Google, and later on to compete with Google.

I met the best and most talented people of my life while working in Yahoo, and while they were putting in their best effort, the results were not good enough to compete in the market. As Yahoo’s business was struggling, a string of new CEOs and a lack of leadership destroyed the culture in the company. Yahoo innovated and introduced some revolutionary products (briefcase, portal, email, Geocities, broadcast, Flickr) in the 1990s, but failed to capitalize on their own products as well as acquisitions in the 2000s.

What Can A Good Culture Enable?

As a company grows, it is important to put certain processes in place, but they must always be for the right reasons – to make it easier for people to do their work with autonomy and collaboration. Processes should allow people to collaborate with honesty and transparency, not the other way round.

Processes should never be but often are, put in place just to control things or to assert one’s leadership. As a leader, it always feels good to put a new process in place, but we must resist the temptation. Process and trust are inversely proportional to each other. We lose an opportunity for a personal connection when we put in a new process. The more processes a company has, the less trust it places on its employees, and vice versa.

Processes put for the right reasons can clarify common company values and business goals, and acts like checks and balances against people going astray. Processes can determine some key aspects of running an organization, like :

Leaders must always ask themselves – What processes can we remove? Anyone can create a new process and add to a mesh of existing processes, but it takes a brave leader to untangle the mesh and see through the web and simplify processes, increasing trust and performance as a result. Regularly updating processes also make sure everyone is focused on the real objective (of the organization) rather than focusing on what the processes say. If the time has come for a process to go, then it must be retired or adapted to the current situation.

A hallmark of a healthy creative culture is that its people feel free to share ideas, opinions, and criticisms. Lack of candour, if unchecked, ultimately leads to dysfunctional environments. 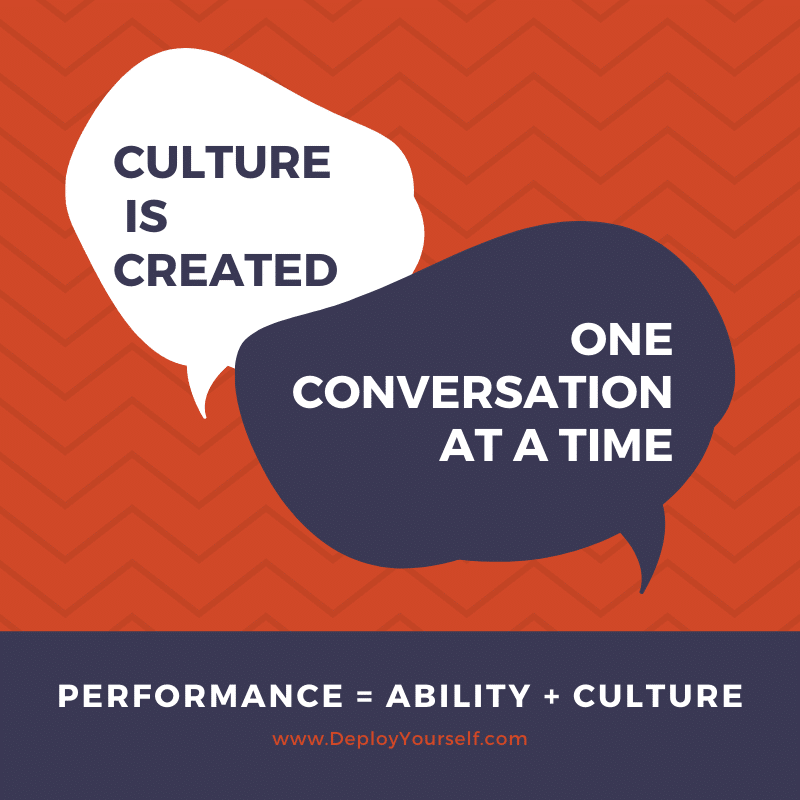 Once leaders have done the groundwork and provided the platform for people to perform, they can step back and look at the big picture. They use conversations to align conflicting energies in a common direction. It is not uncommon for empowered people to run in different directions, or worse, to run into one another. That is why a leader must always engage in conversations with his/her people to align them with a common vision and direction.

In most companies, there are hardly any trainings or resources to master the skill of engaging people in conversations. Most managers are never trained to deal with conflicting energies and inspiring people to act. Leaders do their best work when they are in touch with their values, and align them with the company’s values while going after their respective team’s goals. Isn’t it a shame that so many leaders today have no idea what their values are?

Without this understanding of themselves, I often see people stepping up as managers without any knowledge of what to expect in their new roles. To make it worse, they have no idea where to go and seek help when they need it. Leaders should lead because they see it as a privilege to serve people and an opportunity to make an impact, not because it is one of the “career” options available. If a leader is leading his team only for his career goals, and without care for the people or the product, it will show in the team’s performance and culture.

There are some important conversations every leader should master (or continuously improve) as they have a direct role in establishing culture. They are :

In the end, conversations reinforce the beliefs, values, and perceptions present in the culture of any organization.

To come back to the Tata story, here is what the leaders of the company did after the terrorist attacks in 2008 which killed 164 people :

As we have seen, culture plays a big role in shaping performance. In my experience, if the performance of people goes up or down significantly, the most important factor is the prevalent culture in the company. However, we often fail to see culture as a performance driver and put the impetus of performance only on the individual’s ability and efforts.

To conclude, in this article we read about how the Taj Mahal hotel’s employees put themselves in front of bullets to save guests during the 2008 Mumbai terrorist attacks. We also found out what the Tata group did after the attacks to reinforce their culture, and the big but often ignored role culture plays in the employee’s performance. Then we looked at how leaders shape the culture of the organization through processes and conversations. And how important is to train our people to create a culture that enables performance, rather than stand in its way.