Are your wasting time, energy & missing opportunities because of dysfunctional teams?

Are you ready for unbelievable results and relationships? Presenting the One Dream One Team program

Schedule an interview to apply


Are you missing deadlines and producing low quality work? Are you wasting time and effort?

Are you wasting a lot of energy due to disagreements, conflicts, and people not seeing eye-to-eye?

Are you missing out on business opportunities because your teams are not aligned and working together?

Are you frustrated and disappointed because the amazing people you have are not working as ONE team?

Deploy Yourself School of Leadership presents:

The 1-year One Dream One Team Coaching Program

Do you know there is more to your team than your current level of productivity and output?

Are you tired and stressed and unable to get the amazing people you have to work together as a team?

Are you wasting time and effort in low quality work that often have to be repeated?

Is there a lot of chaos and a lack of short-term and long-term clarity in your team?

Is your team stuck in low energy and a culture of blame, disengagement, and entitlement?

Are you wasting a lot of time in meetings – without making any meaningful progress?

Is your team missing clear metrics of performance? Are people even aware of what is expected of them?

Does each member of the team cares for and takes responsibility for the entire team? Or just their own?

Do you want someone who can coach you & your team and :

If your answer to the above is YES, you have come to the right place. To have a conversation, apply below.

This program is designed for creating teams that play together and win together. It will help your team to:

Special Offer – The program is open for only 3 teams in 2023. If you reserve your spot for 2023 now, we start immediately and your team gets  Team Coaching for the remaining of 2022 at no extra cost.

What Pradeep and Sri have to say after working with me for a full year?

Pradeep Banavara, co-founder of Obvious Technology and ex-VP of Product at Swiggy

“Every session was a very deep experience. At one point, my anxiety just vanished.” –

How Does It Work?

Why should you trust me?

You can trust me because:

Why does your team need a coach?

Do you know a sports team without a coach?

Do you know a top athlete without a coach?

The business world is waking up to a fact people in sports have known for decades – an external and objective coach and a trusted advisor can see and suggest what you can not on your own.

A coach for your team can listen and see those levers of performance and action which can produce massive exponential results. Think about increasing productivity by 10x or 20x, not 20-30%.

Do you want someone like that in your corner?

Do you want someone like me as a coach who regularly helps hundreds of teams and leaders improve their wellbeing, productivity, and a sense of satisfaction and meaning from their work?

What am I promising?

What are my requirements?

Here is what I require from any team I work with:

How much is the investment?

My coaching programs are personalized to your team’s specific needs and expectations.

My invitation to you is to take at least 10 times the value of your investment in the program.

The work I do is priceless and produces exponential results. I intend to serve you so powerfully that you see this investment as your best in life so far.

Ready to see what having someone like me on your side can do for your team?

How much time will this take?

The coaching sessions themselves will be 1.5 to 2 hours – once every week or two weeks.

There will also be on-demand workshops introducing key leadership first principles as and when required.

Apart from that, I expect each member spend at least 30 minutes each day reflecting or practising what they learn.

In 3-6 months, by practising what you learn, your team will be able to save more time than they spend with me.

This will become your best time and value investment ever. 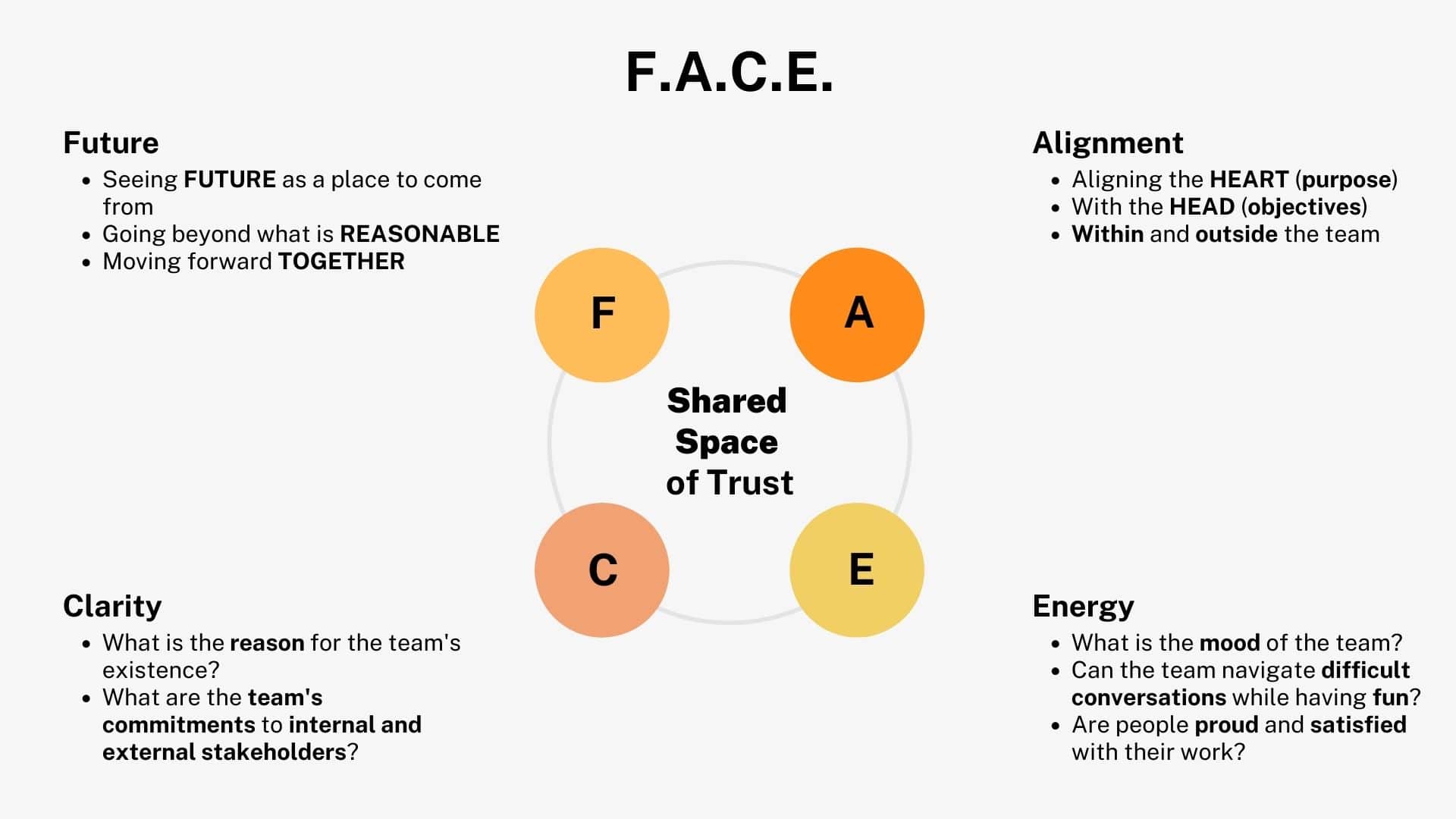 Often, the most challenging story to tell is your own.

What most people know about me is that I have spent 20 years doing software, started 2 for-profit and 1 non-profit organisation, and have spent 9 years doing photography.

What most people don’t know about me is that I have spent a lifetime staying invisible. I have used my computer and camera as tools to hide behind.

As an introvert, I have spent so much of my time hiding myself that I now see where you are powerful even when you cannot.

I combine my experiences as a techie, engineer, 3x entrepreneur, author, public speaker, leader in companies like Yahoo and Booking.com, and as a poet and photographer – to help leaders merge the science of doing business with the art of leadership. 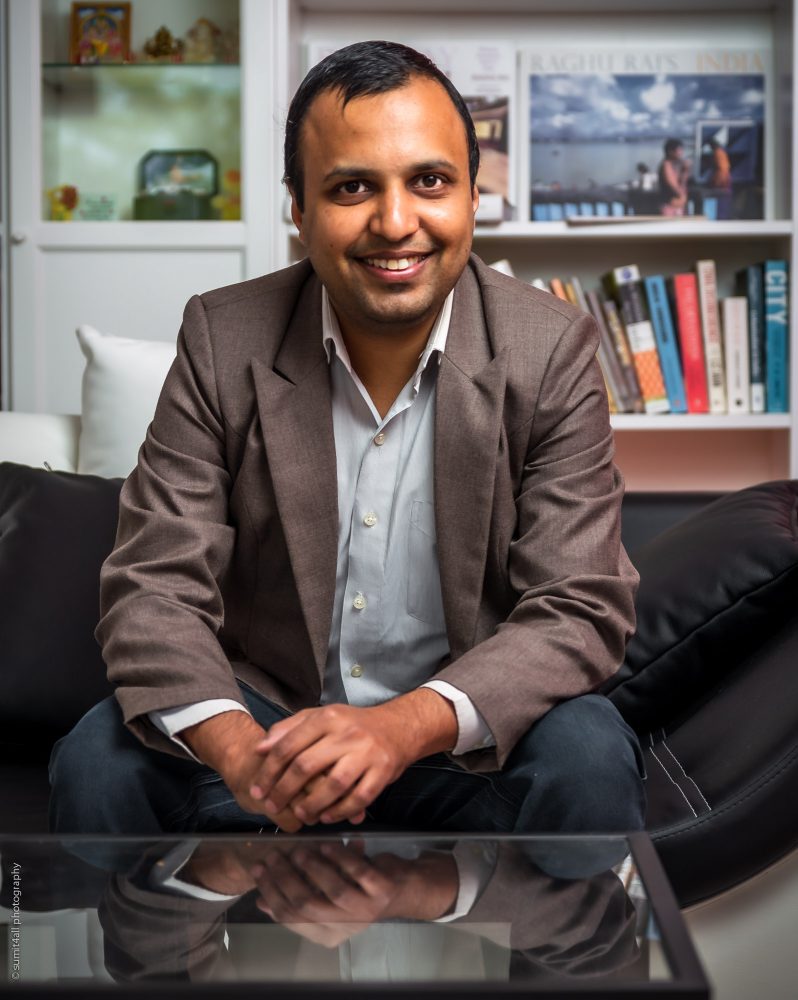 What others are saying?

In the last few years, my biggest challenge has been around those who I believe had more economic privilege than me. My judgments stopped me from knowing and connecting the person at a deeper level. I had put economic power at a higher pedestal that stopped me from creating a relationship of equals.

This judgement and belief of mine had impacted me at various levels and one of them has been my confidence. This also impacted the resource generation I do in my role as founder of Share A Smile Foundation India.

I remember the first conversation I had with Sumit wherein he helped me in identifying my past experiences that have shaped my beliefs and judgement around money since then it has been a journey wherein I have been able to identify my patterns and have been able to initiate action to break it.

These action includes making requests and promises. I have made a promise to raise 1.5 crores in the next year for Share A Smile Foundation and I believe this will also help me break my judgements and stereotypes about those with economic privileges and help me connect and develop meaningful relationships.

In this journey of group coaching with Sumit, I have been also able to develop a strong support system for myself. Thanks to Sumit for creating this beautiful space for us to learn and grow. I have also started believing it is possible to grow 10x.

Before the coaching, I had a lot of self-doubts, narratives about my identity and potential to be. I had doubts about my capacity to take initiative in areas that were unknown and was struggling on taking bigger leaps for my growth that were out of my comfort zone.

Coaching was a new approach for me to start with as I realized I was not asking the right questions about my intention, self-awareness, and the direction I was moving ahead.

Through coaching, I am embracing my vulnerability, answering the deeper questions, taking small actionable steps towards my goals, and learning to take a step backward to move forward.

The sessions have been really impactful for me at different levels and supporting me in breaking down processes to set intentions, be aware, take action, and reflect to move forward. It has made me action-oriented by focusing on my dreams and bringing them into reality by living them every day.

I would strongly recommend coaching as the journey helps one to rediscover their potential and creates a pathway for them to move ahead with deeper intentions.

My biggest fear whilst working in change-making and gender was on feeling less vulnerable financially and individually, by virtue of running a hybrid social enterprise. I’ve since then been tangibly able to take action to make me feel at ease and deal with the fear of being alone and susceptible to shocks due to financial stressors.

I also am able to breathe at the moment on constant support from the peer group and the coaching on being in the today and doing what is within my power and control, expanding my choices, by shifting from a fear-based approach to action in incremental steps.

Sumit scheduled two introductory calls just for me to get a sense of what I could expect from the coaching. I found that the time he took to get to know me, hear my pain and commit to supporting me also helped me open up and build faith. I went with some trust in the process but also was wary of an unknown person and their ability to guide, support and steer building my leadership skills.

I’ve been proved that my faith has been more than rewarding. Sumit allows the space to bring in contradictory or diverse opinions without tending to incense or conflate opinions. He allows us to formulate our own choices and sticks true to the word of being an enabling coach.

Life has changed in my attitude and ability to proactively address crises. I hear within my own mind space some of the coaching conversations during a regular workday/personal day and it shows to me that this rumination within myself is what matters as a result of the relatability that Sumit creates through the coaching.

Sumit’s proactiveness to help at every request moves me. He makes connections swiftly, gives feedback judiciously on applications and is a huge moral support at times I’m daunted. Sumit helps me believe I am not alone, and I am valuable and supported.

Borderless Coaching - A map of locations where I have coached people since 2021.

I understand that this is a big investment  – especially if you have never invested in a coaching program before.

So, with this program, you get the ‘Extraordinary Deploy Yourself Guarantee’ – which means that if you are not satisfied after 2 months of working together, you get all your money back – with no questions asked.

Email me within 60 days for a complete refund. And I will refund your investment with a smile.

My curated list of useful and practical articles, research, videos, data, and books which I have been collecting since 2010. Worth €500 alone

My selection of checklists, templates, handouts, and guides which I have been writing since 2010 to support my own growth as a leader. Worth €1500 alone

Access to my membership platform and video courses for you to learn at your own pace and convenience. Worth €2000 / person / year alone (Launching Soon)

Schedule an interview to start