Why Unreasonable Goals Are Better For Your Growth And Success?

Have you ever achieved something you aimed for still felt like “meh”? Do you feel “empty” on the inside despite being successful by usual standards? Here is how to achieve meaningful success by overcoming our deep psychological need to play it safe.

If you have ever done any writing on a computer, you would have relied on copy and paste. It’s hard to imagine a life without it, as manually erasing and retyping would substantially add to the time and effort of writing.

We have Larry Tesler to thank for the copy and paste functionality. He passed away in February this year, after a very successful career that involved, among other things, the development of the copy-paste functionality in the 1970s.

Larry was intent on making computers user friendly. He started his career at Xerox before making a move to Apple to work with Steve Jobs for 17 years and later spent time with Amazon and Yahoo.

His success can be attributed in large part to his mindset. Larry set unreasonable goals for himself. While it’s safe to say he achieved his vision of making computers user friendly, he failed at other goals—such as solving Fermat’s Theorem.

In an interview in 2013, Larry said, “as is my personality, if I ever hear somebody say something’s impossible or extremely difficult, almost impossible, it’s a challenge and I always try to do it.“

While setting reasonable goals makes it more likely that we will succeed, it also means we are less likely to reach the height of your ability. If we can learn one lesson from Larry Tesler, it should be to go after what we find unreasonable.

If you do this, there will be failures, but with the right attitude, those failures can be avenues for learning and future growth.

“I would just try to do anything that couldn’t be done and learned a lot along the way,” Larry said, “and when I was younger I hardly ever accomplished anything that was in that category but trying taught me a lot.” – Larry Tesler 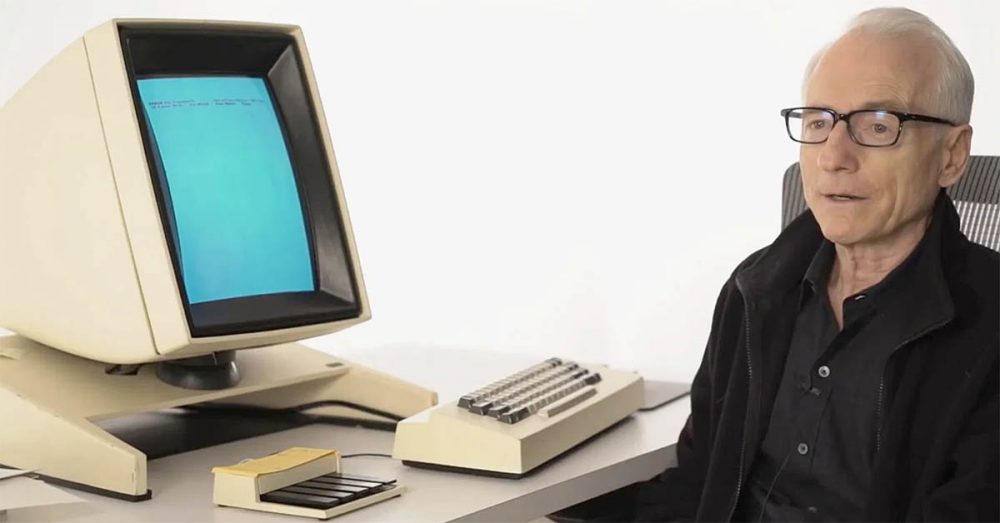 We Aim For What We Think We Can Achieve

We all have our definitions of what is reasonable and what is not.

At first sight, it seems silly to aim for goals you doubt you can achieve. You know what’s reasonable and what is not, and you set reasonable goals for yourself.

This sounds like a fine approach, but is it?

When setting goals you’re easily capable of achieving, you avoid chances of failure but also avoid reaching your full potential. It was Robert Browning who said that “a man’s reach should exceed his grasp.”

Why Do We Underestimate Ourselves?

What if we are capable of achieving much more than we think? Wouldn’t it be a pity if we never found out, and keep aiming too low.

Several factors hold us back from pursuing unreasonable goals. One such factor is risk aversion—opting for a sure thing rather than taking a chance for larger payoffs.

Psychologist Daniel Kahneman pioneered research into how people make decisions under uncertainty and risk. He won the Nobel Prize in economics for his work developing what’s known as Prospect Theory.

Kahneman found that losing hurts more than gaining the equivalent amount feels good. He wrote in his book Thinking Fast and Slow, “People who lose suffer more than people who merely fail to gain.”

For instance, imagine someone offered you a gamble on a coin-flip. If it’s heads, you win $100, if it’s tails, you lose $100. Would you take the bet? Most people decline.

What if heads win you $120, while tails still only cost you $100? In this case, the numbers are in your favor, and yet many people still say no. Kahneman has said that often people won’t accept the bet until the potential winnings are twice as high as what we might lose.

The problem here is it creates a bias towards the status quo. People don’t take chances that they’re not completely confident in, because they are afraid of losing.

While this example uses money, the effects can occur throughout other domains of life, including the goals you set for yourself. Because of this, we tend to underestimate our abilities and what we can achieve over a long period of sustained effort and hard work.

Imposter syndrome is a feeling that we will soon be discovered as incompetent and fraudulent, even when we are fully capable. Today, impostor syndrome is recognized as experienced by most people.

It is accompanied by feelings of self-doubt, sabotaging our own success, underestimating our skills, and attributing our success to luck when we do well. This causes constant anxiety and can lead to depression.

Impostor Syndrome along with our past failures results in fear and insecurity which causes us to aim too low.

Going Beyond Our Reasons & Justifications

All of us can go beyond our reasons and justifications and surprise ourselves with better results than what we hoped for. But to do this we have to overcome the fear holding us back.

If you aim too high and then miss, even then you might reach beyond what you originally thought was within reason. If you shoot for the stars and miss, you still land up near the moon.

In other words, if you aim for 10 and reach a 7, it is still better than the 5 you were aiming for before. When you aim big and achieve what you never thought was possible, you also build up confidence and learn to live with and overcome your fears.

Seeing Failure As A Necessity for Success

Failing to reach a goal can create feelings of doubt and inadequacy. It is our choice whether we see failure as a stumbling block or a stepping stone.

When you can’t see the positives of failure, you risk going down a spiral of negativity and setting reasonable goals again. However, by changing your mindset, you can make failures work to your advantage.

It’s essential to realize that failure is necessary for success. As counterintuitive as that sounds, failures often provide a lot of useful lessons if we seek the right feedback.

“Every winner begins as a loser,” says Dashun Wang, who ran a study that found failure was an important ingredient to success. But it wasn’t just failure, the key was to learn from them.

Failure Is an Important Ingredient to Success

“You have to figure out what worked and what didn’t, and then focus on what needs to be improved instead of thrashing around and changing everything,” said Wang.

Failures are often greater learning experiences than successes. You can learn from them to take a step forward rather than backward.

Most people focus on the successes and the successful. They look at what successful people like Steve Jobs or Bill Gates do right. When we look at others, we only look at success—this is the survivorship bias—but almost every successful person failed first.

Every business person, scientist, and artist experienced failures and made mistakes before achieving what they did.

“Success is not final, failure is not fatal: it is the courage to continue that counts.” ― Winston S. Churchill

People who achieve their unreasonable goals persevere through fear and uncertainty. They don’t ignore their failures, instead, they learn from them. If you can learn from your failures, you can use failure to your advantage.

It’s Not What We Get, It’s What We Become

The real outcome of any sincere attempt at an ambitious goal is not what we get out of it, but what we become out of it. After aiming for unreasonable goals (irrespective of the result) we are left with more knowledge and lessons. That itself is a good reward.

If you can look at things this way, going after unreasonable goals will leave you wiser and more experienced, even if you fall short. That’s the most important outcome of any unreasonable endeavor – the fact that we come out much better off than before.

In short, the most important benefit of going for unreasonable goals is that it will help you expand as a person.

Many people “achieve” a lot and still feel empty. If you, however, go after meaningful and unreasonable goals, then irrespective of the outcome, you achieve meaning and growth, which compounds over time and leads to greater results too.

Material successes and results fade over time. You can even lose your money and possessions. But you can never lose what you have become – the lessons you have learned, the laughs you have had, and the satisfaction from knowing you gave it your all.

In conclusion, you should set goals big enough that they scare you. If your goals are not scary, you need to be a bit more unreasonable with them.

With this mindset, going after unreasonable goals might be very rewarding, and playing it safe can be dangerous as you miss out on the most important thing – expanding yourselves.